Measuring the Benefits of Non-Dairy Milks

Measuring the Benefits of Non-Dairy Milks 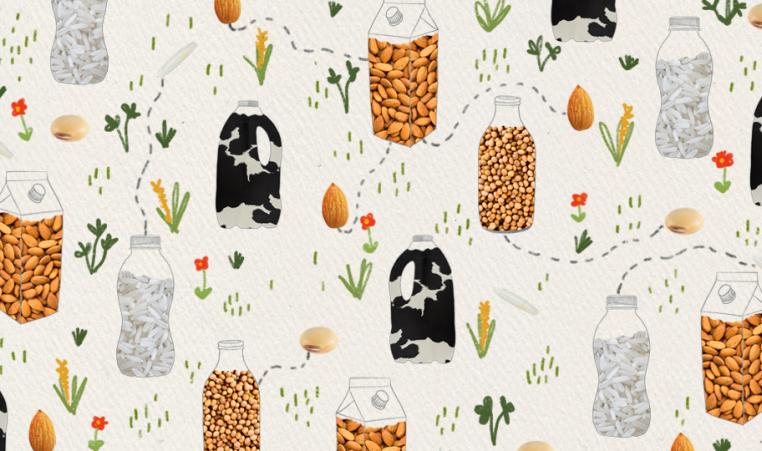 By Niki Bezzant for Fit Planet

Sales of milk alternatives are booming worldwide, but what do you need to know about their nutritional value and supposed health benefits?

Have you switched to almond milk? If you have, you’re certainly on trend. Sales of almond milk and other alternatives to dairy are growing around the world; “milks” such as almond, soy, rice and coconut are now competing with newer, fast-growing varieties such as quinoa, pecan, hazelnut and flax. In the US, non-dairy milk sales grew by 61 percent in the five years to 2017. Globally, the non-dairy milk market is expected to be worth over $US20 billion by 2024.

Alternative milks are popular with those who can’t tolerate the lactose in cow’s milk – estimated to be as much as two thirds of the world’s population – as well as those who don’t eat animal products. They’re also gaining popularity with mainstream consumers, perhaps due to a perception that plant-based milk is healthier than dairy. But is it really?

Plant milk packaging usually looks super-wholesome; in the case of almond milk, it often implies there’s the goodness of many almonds inside. This is a little misleading.

Whole almonds are, in fact, very good for us – they’re high in vitamin E and higher in calcium than other nuts, and they have the benefits of all nuts – healthy fats, fiber and protein. But we may not get all those benefits from almond milk. Most almond milks are mainly water; the almond content can be as low as 2 percent and is typically around 3-4 percent.

The same goes for other milks such as oat or other nut-based milks; the original ingredient is wholesome, but by the time it’s processed into milk there may be little of that benefit left. Often the benefits – calcium or vitamins, for example – are added back in.

Some plant milk can also contain added sugar, which we might not immediately know from the packaging. (You’ll have to turn it over and read the ingredients list to check for that).

For those who can’t tolerate dairy, protein is easily obtainable from other sources – meat, eggs, legumes etc. Calcium can be an issue; people who are lactose intolerant should look for non-dairy milks that have calcium added. So while they’re useful, plant milks shouldn’t be thought of as equivalent to dairy (other than in the sense that we tend to consume them in similar ways). Nutritionally, they are different foods.

It’s also worth noting that evidence suggests some real benefits to consuming dairy, if we can. A 2016 review concluded that intake of milk and dairy products was associated with reduced risk of childhood obesity. In adults, intake of dairy products was shown to “improve body composition and facilitate weight loss during energy restriction”. Other benefits included a reduced risk of cardiovascular disease and a beneficial effect on bone mineral density. There may also be benefits in reduced risk of some cancers, including colorectal cancer.

As yet there’s no evidence of similar benefits associated with plant milks. But this seems unlikely to hinder their popularity.

And just in case we get confused; dairy producers are protesting the use of the term “milk” to describe plant milks, fearing consumer confusion. The EU has now regulated in exactly this way; purely plant-based products can no longer be sold in the EU using terms such as milk, butter and cheese. These are reserved for products of animal origin.

As in many areas of nutrition, the take-out message seems to be “everything in moderation”. If we like the taste of plant milk, it can be nice to enjoy from time to time. But we should probably try to mix it up with dairy to achieve a healthy balance.

Niki Bezzant is a New Zealand-based food writer, editor and commentator. She is the founding editor (now editor-at-large) of Healthy Food Guide magazine, and is currently president of Food Writers New Zealand and a proud ambassador for the Garden to Table program which helps children learn how to grow, cook and share food. She is a member of the Council of Directors for the True Health Initiative, a global coalition of health professionals dedicated to sharing a science-based message of what we know for sure about lifestyle and health.

If you want more health and fitness inspiration simply sign up to Fit Planet and get the freshest insights and advice straight to your inbox.

This piece originally appeared on lesmills.com.If you have any questions please contact chris.rowan@lesmills.com

October is Healthy. Family. Home month at the Y. It all starts with eating healthy. There are simple steps that even the busiest families can take in order to increase the number of healthy food and drink (like milk) habits they build into each day.