On Tuesday, June 6, the YMCA marks more than 173 years, as more than a place, it is a movement that offers programs and services designed to foster youth development, healthy living and social responsibility.

Here are five past notable events and achievements that demonstrate the Y's commitment to the communities it serves:

1. American Institutions: Celebrations such as Father's Day, and organizations like the Peace Corps, all have their roots at the YMCA. 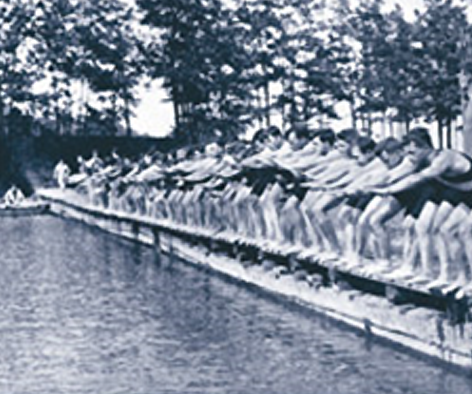 2. Camping Under the Stars: The oldest known summer camp, Camp Dudley, first opened in 1855 and countless numbers of boys and girls have since learned the skills and wonders of camping through the Y, developing critical skills and making memories along the way. This year the Best Summer Ever-continues the summer camp tradition.

3. Inventing New Ways to Play: From James Naismith's invention of basketball to instructors creating racquetball and what would eventually become volleyball, the Y has a rich tradition in activities that are played by millions of people around the globe. One Y staffer, Robert J. Roberts, is even credited with inventing the term "body building." Today the YMCA of the Suncoast has programs like pickleball, karate and flag football!

4. Nobel Laureate: YMCA leader John R. Mott was awarded the Nobel Peace Prize in 1946 for the Y's groundbreaking role in raising global awareness and support and for the organization's humanitarian efforts.

5. Furthering Education: The Y is credited with spearheading the first public libraries, night school for adult education and English as a second language courses. The YMCA is also the nation's largest provider of before and after school care. During the summer, the YMCA has programs like the Power Scholars to decrease the "learning loss" that happens from the end of school until the start of the next school year.

How the Y is relevant

Today, the Y serves more than 22 million people annually and offers resources in 10,000 communities across the USA. Here are three ways "community" continues as the Y's number one cause:

1. Nurturing the Potential of Our Kids: When kids are out of school, they can face hurdles that prevent them from reaching their full potential. Nationwide, the Y helps over nine million youth to hop gaps in hunger, health, learning, water safety and safe spaces while providing a place to stay healthy, build friendships, and achieve more – all while having fun! Each program demonstrates the Y's unwavering commitment to ensuring children are on track for a successful education, especially those in underserved communities.

2. Improving the Nation's Health: More than a place to work out, the Y offers programs that help individuals and families improve their health and enact changes that strengthen community and society as a whole. From working with people who are trying to find ways to improve health, but don't know how, to preventing chronic diseases like type 2 diabetes and helping people recover from serious illnesses like cancer, the Y is one of the few organizations in the country with the size and influence that can effectively reach millions of people. Ys are also active in the community, creating communal gardens, increasing access to farmers markets and ensuring children have a safe route to school -- and so much more.

3. Support For All Our Neighbors: As one of the nation's leading nonprofits, the Y's social services and volunteer programs help more than 10,000 communities nationwide. From organizing volunteers when disaster strikes to member-led community service projects through the Togetherhood program, every effort helps to make a difference.